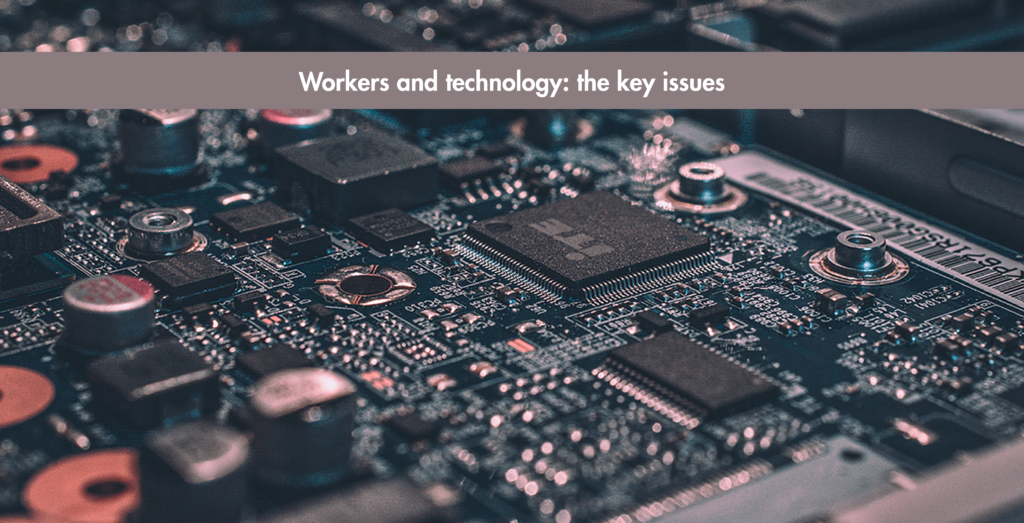 No automation without representation

“Workers are Britain’s real wealth creators. They deserve a seat at the table.”

Those were the words of Jeremy Corbyn last year when he announced that a Labour government will require companies to hand over a third of the seats on their boards to workers. The announcement was met with joy by trade unions and dismay by big business. The move, Labour argues, would shift the balance of power away from bosses towards workers, allowing them to have a real say over their pay and conditions. There is real potential, however, for their voice to extend much further than this. Worker representation on boards could reshape the entire strategy of a business, democratising decisions over contentious issues such as automation.

This idea of worker representation on boards isn’t just a Labour idea either; it was floated by Theresa May at the launch of her leadership campaign back in 2016. “It is not anti-business to suggest that big business needs to change,” she declared. Despite this, her proposals ultimately fell short of expectations, with the end recommendation being that workers should be represented in the form of a non-executive director. Another prominent proponent of worker representation on boards is US senator and 2020 presidential candidate, Elizabeth Warren, who wants to give workers the right to vote for two-fifths of seats on boards.

Whilst the Industrial Revolution drove automation of repetitive physical work, the ‘Intelligence Revolution’ is having the same effect on intellectual tasks, with more and more jobs being performed by computers. Analysis by Future Advocacy, published in 2017, found that the proportion of jobs at high risk of automation by the early 2030s varies from 22 per cent to 39 per cent for different UK constituencies. The constituency predicted to see the highest rate of automation is Hayes and Harlington, where shadow chancellor John McDonnell is the MP. Regions of the UK which are predicted to experience the most automation are the former industrial heartlands in the midlands and the north, as well as the industrial centres of Scotland.

The utopian view of automation is that we will all take up more creative and fulfilling employment, whereas the dystopian outlook suggests we will face mass unemployment fuelled by a skills shortage. Although there is much disagreement about how automation will shape the future of work, almost all economists agree that the scale and scope of change will be unprecedented. Of course, there is no simple solution to this challenge. There is much written about the potential of universal basic income, a four-day week, or even a ‘fully-automated luxury communism’. But perhaps instead the answer is to democratise businesses with workers on boards, fostering a principle of ‘no automation without representation’.

Germany is often highlighted as having the strongest system of co-determination where workers and management cooperate on decision-making. By law, workers at large companies elect up to half of the members on supervisory boards. The practice was explicitly adopted in order to democratise the decision-making process of businesses and to equalise the power of capital and workers. Despite mixed results, the policy is credited with minimising job losses from a financial crisis in the 1990s and when jobs have been cut, workers have had a say in shaping redundancy packages. A paper by the Roosevelt Institute found that the German system has ‘held back the forces of short-termism’. Could it hold back the forces of automation, too?

The proposal enjoys relatively high popular public support in the UK. A 2016 poll by the Trades Union Congress found that six in 10 people support the idea of elected worker representatives on the boards of large companies. Not all employers are reticent about the idea either. Warren East, the chief executive of Rolls-Royce, is a key proponent stating that ‘gone are the Victorian days of managers and workers’.

Whether it is one-third, two-fifths, or half of the board, the elected representation of workers has real potential to stem the pain of mass automation. Even if they are unable to prevent it from happening, being a part of the decision-making process can help shape what automation will mean for the workers who lose out. On the details of redundancies and retraining, the voices of workers would be amplified in a way that has never been seen before in this country. Given that the success of any company is built on the success of its workers, co-determination on major decisions should be a key consideration for any company, regardless of the law, but formalising it could make it a right of workers in the digital age, protecting them from a dystopian future of automation.

Areeq Chowdhury is the head of think tank at Future Advocacy, focusing on the social, economic, and political impact of artificial intelligence and emerging technologies.

This blog is the first in our Workers and Technology: the key issues series. Read more about the series here.